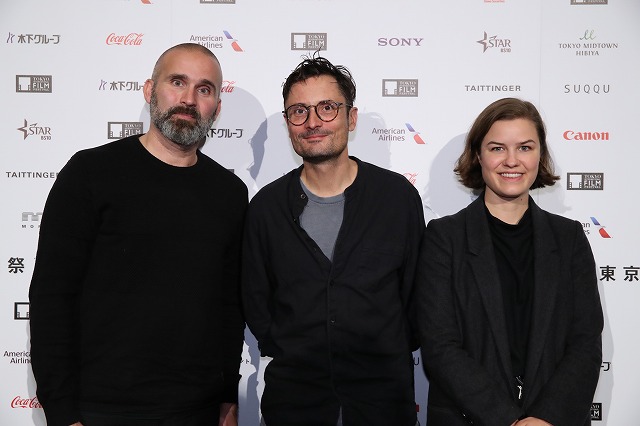 In Before the Frost, screening in the Competition section of the 31st TIFF, Jens (Jesper Christensen, Casino Royale) plays the grizzled patriarch of a small family of freeholders living a brutal life in rural Denmark in the 19th century. Though he and his brood are going through a bad patch due to a poor harvest, he remains stubborn and practical, as well as proud. In this regard, his daughter, Signe (Clara Rosager), is his most important resource.

A poorer neighbor wants to marry Signe to his son, which Jens at first rejects because it would bring him even lower in the parish pecking order. When a rich Swedish immigrant offers to buy part of his land to grow sugar beets, Jens offers him the whole farm as long as he marries Signe, thus setting in motion a process that leads to fortune as well as tragedy. Like the characters in a Thomas Hardy novel, none of the people in Before the Frost are necessarily bad. But they make bad choices when faced with difficult circumstances.

Ironically, the film was conceived as the antithesis to a novel, according to its director, Michael Noer. “Our goal was to make a pure movie,” he said during a press conference at TIFF on October 31. “It was not based on any source, but was rather the pure product of research into this part of Denmark at that particular point in time.”

The film has a very rough texture owing to its natural lighting and complete lack of special effects. Jens raises cows, and as Noer pointed out, he had to hire a “cow wrangler” to make sure the animals were not only well treated, but also looked and “acted” the way cows did at that time. “We had problems because Danish cows today are so big. They were much smaller in the 19th century, so we had to build our sets accordingly.”

The story is filled with curious cultural details that are not explained. Why was the body of the young boy killed in the farmhouse fire pulled out through the window for the funeral instead of carried out the door? Why the obsession with clocks in the house of the rich Swede? Why, in fact, were Swedes moving to Denmark and buying land? Noer explained that all of these elements were important not only to the story but as points that grounded it in its authentic historical context — making the film a complete immersion in an alien environment.

The Swedish connection was particularly important. “There was a lot of starvation at this time,” explained Noer. “But it was mostly in Sweden, which forced some of the middle class to move to Denmark.” The mother of the Swedish businessman is Danish, and moves with her widowed son back to her homeland, where she is now a rich woman, and can command the respect that money holds in this impoverished place.

But it also mirrors our time. “I was not searching for links,” said Noer, “but I found many easy comparisons with our current situation. For instance, in rural churches, where you sat was very important for your status, just like getting lots of likes on your Facebook account. The obsession with social status never changes.”

More to the point, Jens’ determination to do well by his family is a universal theme that ties the entire movie together. “I couldn’t have made this film if I wasn’t a father myself,” said Noer. “I have a responsibility, like Jens. I would do anything for my kids. What does it mean to have ambitions for your kids? It brings about a conflict between your ego and the community, and that can lead to terrible things. But, in the end, you have to eat.”