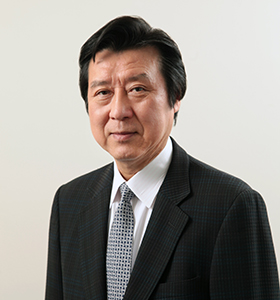 When I first assumed the role of Festival Director on the 30th Anniversary of the Tokyo International Film Festival, we refreshed the festival’s vision, guided by three principles: to be Expansive, Empowering and Enlightening.

Our Expansive initiative focuses on sharing the joys of cinema more widely. At the 30th TIFF, we hosted a range of new events for cinemagoers to enjoy, including all-night screenings at the Midnight Film Festival, Tribute to the Musical screenings aimed at multiple generations, open-air screenings and Cinema Concerts featuring live orchestras performing the scores.

For this 31st edition of our film festival, we will continue being fully committed to this vision.

I believe that film festivals exist to provide a time and place for sharing the joys of cinema. We at the Tokyo International Film Festival are passionate about presenting a program that audiences will find rewarding.

The Tokyo International Film Festival will also work closely with the TIFFCOM content market for the development and expansion of film not just as a part of culture but also as an industry. The entire TIFF team is devoting our utmost efforts to attaining this goal.
We look forward to your continued support and involvement.

Takeo Hisamatsu joined Shochiku Co., Ltd in 1978, and in 1986 became manager of Shochiku USA's Little Tokyo Cinema, Los Angeles. He returned to Tokyo in 1989 and was appointed senior manager of the Exhibition Department. In 1994, he joined Time Warner Entertainment Japan as General Director of the Theatrical Distribution Department, Warner Bros. Pictures Japan. In 2001, he rejoined Shochiku as Director of the Theatrical Distribution Department, Production and Acquisition, and became an Executive Managing Director in 2003. He was named president of what is now Shochiku Broadcasting Co., Ltd. in 2006, and in 2010 rejoined Warner Entertainment Japan Inc. as Deputy General Manager of Warner Bros. Pictures Japan. In 2015, he established his own company, My Way Movies, where he serves as president.