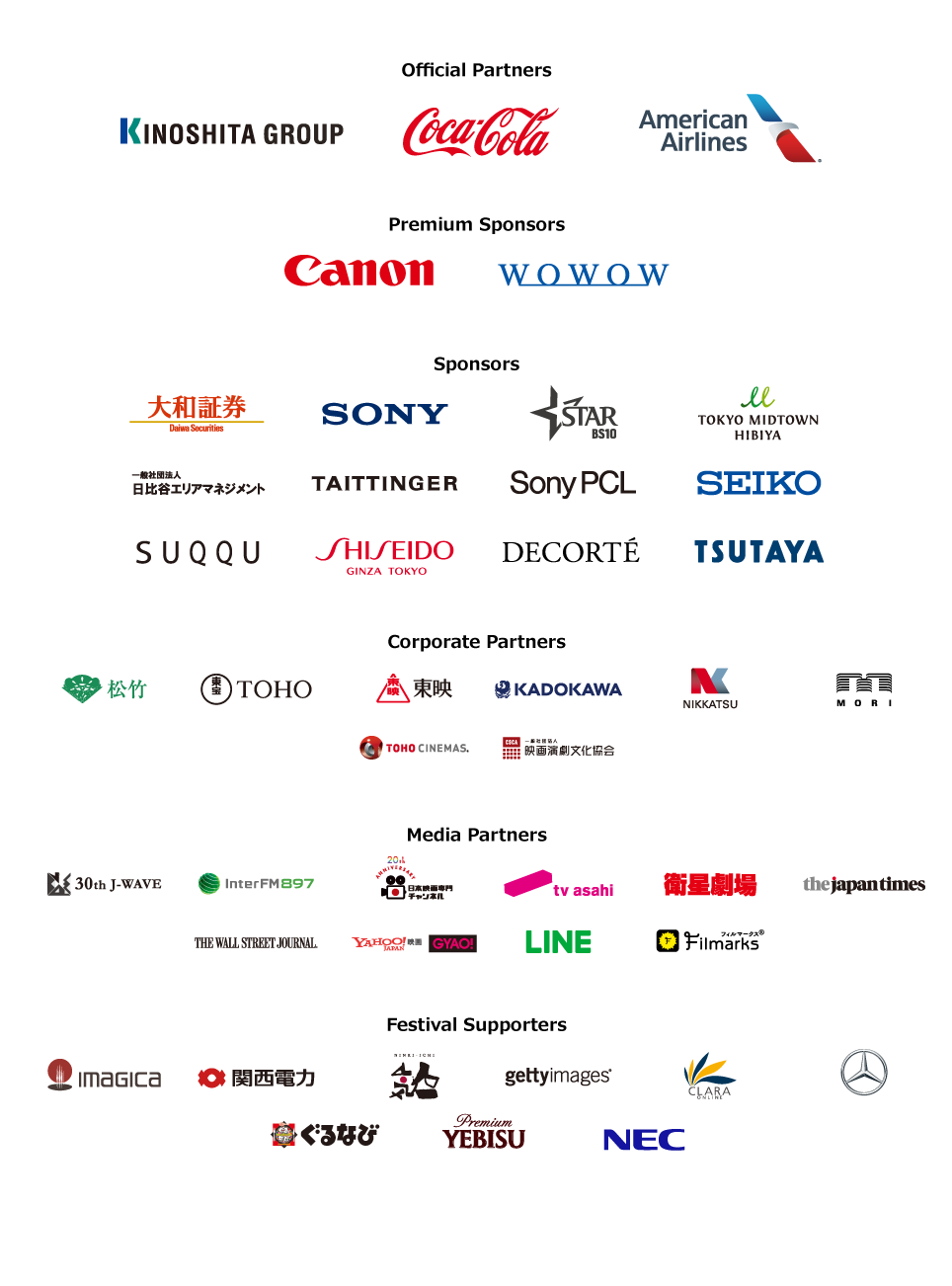 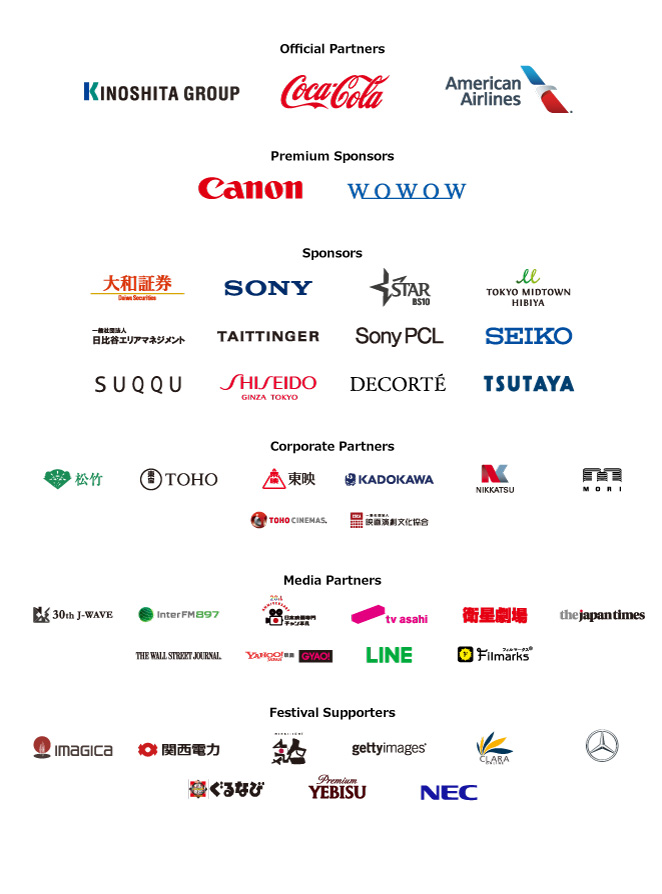 As a “general housing company” that always stands by you, KINOSHITA GROUP supports various arts, cultures and sports so as to realize a society where everyone can enjoy both material and spiritual wealth. The Tokyo International Film Festival, which is now one of the largest film festivals in Asia, has contributed immensely to the film industry and cultural promotion in Japan and Asia. It serves as a platform for discovering new and inspired talent.

Coca-Cola was born in 1886, in Atlanta, Georgia, USA. The late 1800’s also coincide with the birth of the motion picture. Coca-Cola, throughout the 130 years of its history, has delivered happiness and great taste to all that have taken a bottle in their hands, from modest everyday moments to grand festive occasions. The motion picture, which draws its audience into its world and leaves them with long-lasting inspiration, is the ultimate form of entertainment.

American Airlines offers an average of nearly 6,700 flights per day to nearly 350 destinations in more than 50 countries. American is a founding member of the oneworld®alliance. Currently, American Airlines serves Tokyo Haneda (HND) and Tokyo Narita (NRT) with nonstop service to Los Angeles International (LAX) and NRT to Chicago O’Hare International (ORD) and Dallas Fort Worth International (DFW). With wider seats with more legroom in Premium Economy, customers can stretch out across the Pacific in comfort. As Hollywood’s preferred airline, American Airlines is proud to sponsor the Tokyo International Film Festival and connect film and culture.