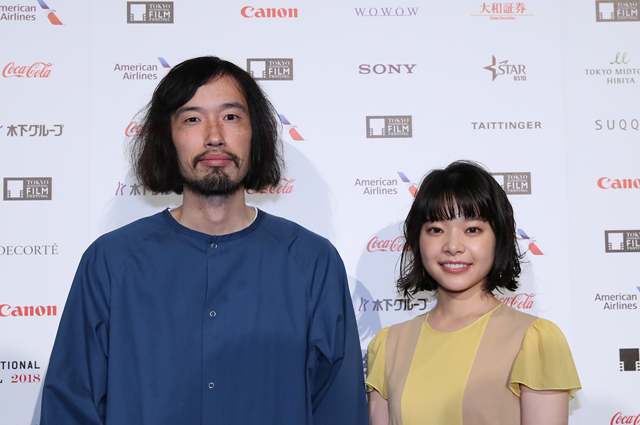 In Rikiya Imaizumi’s Just Only Love, one of two Japanese entries in TIFF’s Competition section, Teruko (Yukino Kishii), who is in her late 20s, is enamored of a disaffected young man, Mamoru (Ryo Narita). Though love seems to blossom at first, as often happens, one of the two sides grows cooler, and in this case, it is Mamoru. Teruko perseveres to the point of obsession, which turns off Mamoru even more.

Imaizumi, who based the script on a novel by female author Mitsuyo Kakuta, expands this idea of obsession into a meditation on loneliness, specifically the modern kind of loneliness in which young people are expected to quash their lives as individuals, and their own distinct personalities, to fit into the group. This pressure to belong makes them self-conscious in their relationships, and the film moves beyond the central unrequited romance to include other examples of other lonely people. They comment, sometimes in ways that are a bit too on-the-nose, about what love really means in a world where everyone is an island.

During the post-screening press conference on October 28, Imaizumi explained that he’s often dealt with unrequited love in the past, which is why he was attracted to the novel for its slightly different point of view on the matter. “My producer was the person who recommended the novel to me,” he said, “and after I read it, I had great respect for it and was a bit intimidated about bringing it to the screen. But the author seemed to like the idea.”

Kakuta’s work has been the fodder for many film adaptations, from Hanging Garden to Rebirth to Pale Moon. Asked what the novel said to him, Imaizumi replied, “I’m married now, but when I was single, I was often lonely and jealous of people who were in love. But was it reality that I was seeing? In a sense, I really enjoyed being in one-sided love affairs.”

As for Kishii’s own romantic experiences, the actress admitted that she wasn’t much different from her character. “I’m similar in that I really get into things I like,” she said. “And I turn into a fool when I really like someone.”

The word “fool” is mentioned often in the film, since the various characters essentially equate being in love with losing one’s mind. As Teruko and Mamoru move in and out of their relationship, and test their feelings for others in their orbits, they learn to be more respectful of others’ feelings without necessarily abandoning their self-centered positions. Sometimes, the characters act so selfishly that it’s hard to imagine anyone putting up with them. Imaizumi said he was careful not to make Teruko too “creepy,” as one character calls her. But he made it clear, both in the film and at the press conference, that he thinks everyone gets carried away once they make the commitment to be with someone.

One reporter commented, somewhat dismissively, that the story was basically “just about a bunch of kids.” Imaizumi said he thought that the characters showed a genuine maturity, or at least, a yearning to be complete human beings. In any case, that’s how he wanted to direct them.

“I’m always aware of the temperature of a scene,” he said. “If the character seems too emotional, I try to tone it down. Also, when actors become too comfortable in their roles, I was told it’s better to take them out of their comfort zone, because once an actor is too comfortable, the audience loses interest.”

Apparently, Kishii felt that discomfort acutely, although the movie is so relaxed and leisurely, it is not obvious. “I think the film works because it expressed Teruko’s feelings without giving us definitive answers about love. These characters were lost souls. Teruko initially thought her love was real, even while others tried to convince her that it wasn’t.”