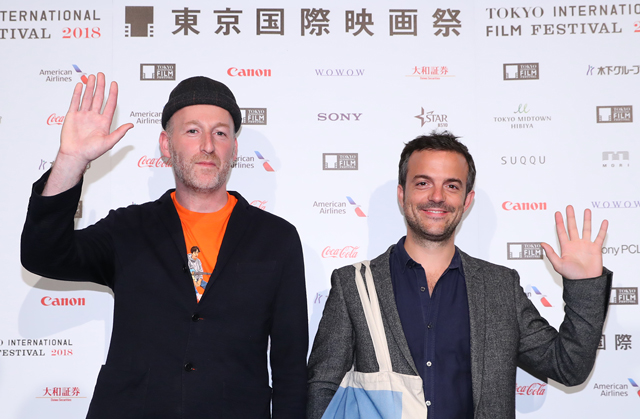 TIFF Competition section film Amanda begins as the tale of a family making their way in peaceful, idyllic Paris. There’s David (Vincent Lacoste), a young man working as an apartment supervisor, Sandrine (Ophélia Kolb), his older sister, a high school teacher and single mother, and Amanda (Isaure Multrier), her young daughter. Their lives aren’t without problems—David and Sandrine are estranged from their mother, and whether they should reconnect with her seems to be a perennial feud—but the trio is, by and large, happy.

Happy, that is, until a random, senseless act of terror takes place in a park where Sandrine and David’s girlfriend are picnicking. Sandrine is killed, and the family’s life is turned upside-down as 24-year-old David must suddenly take responsibly for seven-year-old Amanda, all while grieving for his sister and comforting his girlfriend, who has been wounded. Meanwhile, Amanda must come to grips with the fact that her only parent is gone, and that her life is in the hands of a young man who’s barely an adult himself.

“I wanted to tell a story of modern Paris — its beauty, its weakness and its tragedy,” said director Mikhaël Hers following a press screening of the film at TIFF on October 27. “Acts of terror have actually occurred in Paris, so I wanted to depict that.”

Indeed, Paris plays a huge role in the film. As David and Amanda make their way around the city, mostly by bicycle, we see the impact left by the terror attack: policemen packing machine guns patrol the city; the pair must go through metal detectors to enter a park; citizens show anger toward women wearing burqas. But despite the setting, commented Hers, Amanda is “a universal story.”

A huge part of what makes Amanda so universal and relatable are the performances by Vincent Lacoste and Isaure Multrier.

Explaining why he chose the two, the director noted that Lacoste is already a popular actor in his own right. When he decided on David’s age, Lacoste immediately came to mind as “a versatile actor with a wide range of expressions.”

On the other hand, Hers said, the role of Amanda required a natural, “uncalculating” performance. Instead of a professional child actor, he and his casting director scouted Multrier as she was leaving school.

“She’s childlike, but also has a very mature way of thinking,” he continued. “It’s possible that children brought up by single mothers think harder about various things, so she really fit the role well.”

Several members of the press commented on an expression that runs through the film: “Elvis has left the building.” Early in the film, the phrase is explained to Amanda by her mother. Later, after the tragedy, it comes back up in an unexpected context that left many audience members reaching for tissues.

Hers explained that he stumbled upon the famous phrase entirely by chance on the internet, and once he learned its meaning, immediately began thinking of ways he could use it in a film. He was even able to have Jarvis Cocker, musician and frontman of the band Pulp, write a song for the end credits based on the phrase.

“I’ve been a fan of Pulp since I was young,” said Hers. “Being able to work with Jarvis Cocker was a dream come true.”

As for David and Amanda: despite their enormous loss, by the end of the film, it feels as if their dreams may come true, too. Perhaps Elvis hasn’t felt the building after all.