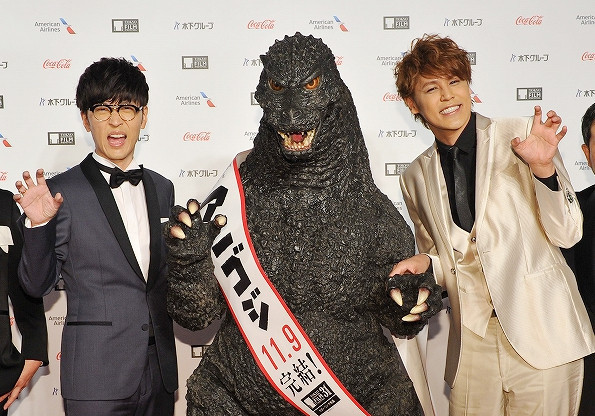 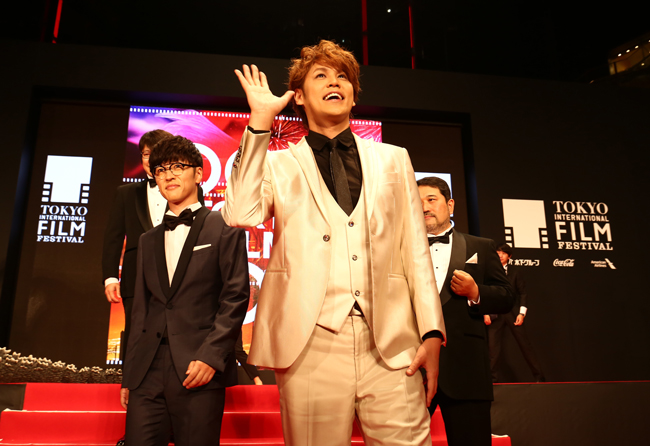 The 31st Tokyo International Film Festival’s Opening Ceremony took place on Oct. 25th at the Roppongi Hills in Tokyo. The Film Festival has made the field of animation as a focus of attention by organizing animation screening projects. The Closing Film GODZILLA: The Planet Eater’s cast, Mamoru Miyano and Takahiro Sakurai and the popular voice-over artists such as Tomokazu Seki, Keni Nojima, Hiroki Tōchi and Ayane Sakura of PSYCHO-PASS -Sinners of the System Case.1 & Case. 2 selected for the Special Screenings also appeared on the stage.

The staff and cast of GODZILLA: The Planet Eater appeared on the stage with Godzilla. “The GODZILLA is a content that Japan takes pride in and has been adapted to the feature animation for the first time. We hope this film will reach the world audiences,“ Miyano said passionately. Sakurai also remarked eloquently that, “I’ve acted putting everything that I had in this film.” The sight of Godzilla outraging during the photo session calmed by the voice-over artists moved the audience to laughter.

The enthusiastic cheers such as “Mamo-Miyano!” arose and Miyano and Sakurai responded by showing their “GODZILLA Poses” which excited the crowd. The Sinners of the System trilogy will be the latest series after 4 years and two of the three episodes will be screened at the festival. The main cast Nojima of Case.1 (Crime and Punishment) mentioned that “We were so overwhelmed with emotion to be able to see the sequel of the television series.” Sakura added that “I was also overwhelmed when I was given an opportunity to see this film.” 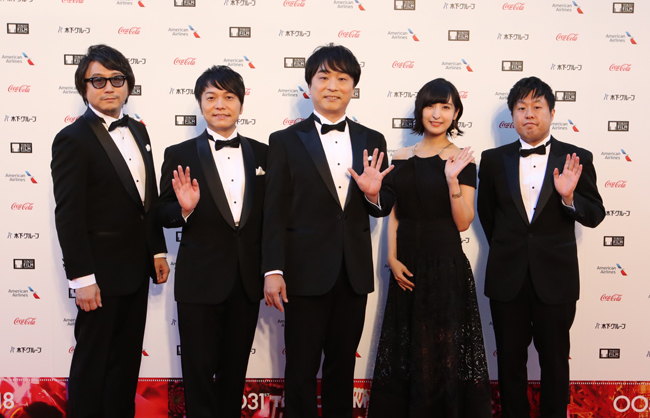 The leading voice-over artist Tōchi replied, “The film takes place in future but what underlies is the manly detective story. Seki who will play the leading role of Case. 3 (Beyond love and hate) appealed by saying that “We can enjoy 3 individual episodes separately because the place and time frame are different for each one.

The cast members, Junta Terashima, Tasuku Hatanaka, Shunsuke Takeuchi and DJ Koo the presenter of DJ Party of KING OF PRISM PRIDE the HERO, which will be shown as a support screening of the Special Project TIFF PLUS, made their appearances at the Red Carpet. Encouraged by DJ Koo in rhythm, the voice over artists strode across the red carpet. 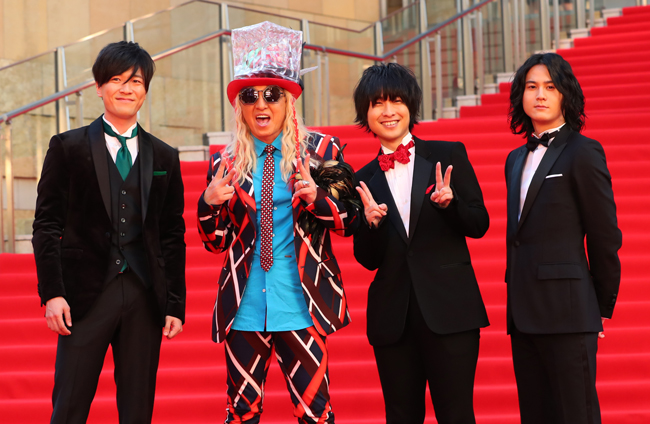 Kumamon, the mascot of Kumamoto Prefecture won the hearts of the fan who gathered by the roadside by spreading charms. Kumamon which is slated for adaptation of animation by Tonko House known for The Dam Keeper will create original story and the design.
Kumamon raised both hands and greeted the guests with high spirits.

Masaaki Yuasa who has been featured in The World of Masaaki Yuasa appeared on the stage with the “Chibi Maruko-chan” mascot. “It feels marvelous to walk with the character which I have created in the past.” “Please note that the new film will be released on the 28th,” added Yuasa. 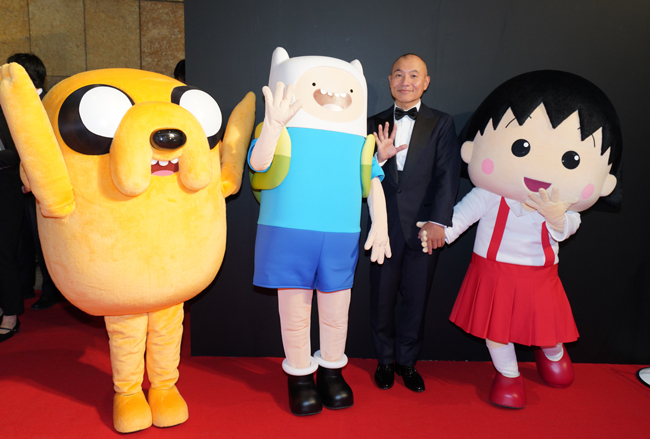 The 31st Tokyo International Film Festival will continue till Nov. 3rd at Roppongi Hills and other venues in Tokyo.