Kirin Kiki, one of the most revered Japanese actresses, passed away on September 15, 2018 at her age of seventy-five. She had appeared in numerous films, TV dramas, and commercials and become familiar from a wide range of generations. Her quite magnetic acting was highly evaluated internationally. She appeared in this year’s Palme d’Or winner Shoplifters directed by Hirokazu Kore-eda.

At 28th TIFF (2015), this legendary actress was welcomed as a special guest with the focused director Masato Harada at the Director in Focus of the Japan Now section. They served Q& A session after screenings of his Chronicle of My Mother (2011) and Kakekomi (2015). In the same year, she was one of the recipients of “ARIGATŌ (Thank You) Award”, honoring remarkable contributors to the Japanese film industry. This coming fall, her latest film Nichinichi Kore Ko Jitsu directed Tatsushi Omori will be screened on Saturday, October 13. 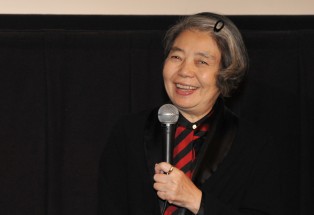 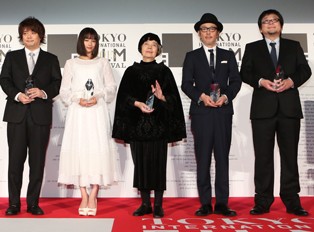 We pray that her soul may rest in peace.