The Tokyo International Film Festival (TIFF), in collaboration with Children Meet Cinema, which runs filmmaking workshops for children, will present TIFF 2018: Teens Meet Cinema, a production workshop for junior high school students, as a special project of the festival’s Youth Section, following the success of last year’s workshop. This project strengthens TIFF’s vision, Enlightening, which aims to foster a future for film and to cultivate young talent.

With award-winning director Akiko OOKU, who received the Audience Award for Tremble All You Want at the 30th TIFF, as the lead mentor, students will develop a script, shoot and edit it with professional filmmakers and crew mainly in Roppongi, Tokyo, where TIFF is held, from late July to late August, 2018.

The completed film will have its world premiere at the 31st Tokyo International Film Festival, to be held from October 25 to November 3, 2018 at Roppongi Hills and other venues in Tokyo. 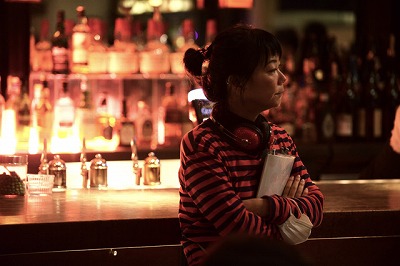 Akiko Ooku was born in Yokohama in 1968. After graduating from Meiji University, she joined Production Jinrikisha School JCA to train as a comedian, and later entered the Film School of Tokyo in the inaugural class in 1997. Her directorial debut was Almost Die Hard (1999), and she is known for Tokyo Serendipity, Tokyo Nameless Girl’s Story, I’m Home, Jacqueline, Monster, and Fantastic Girls. Tremble All You Want won the Audience Award in the Competition Section at the 30th TIFF and the Best Film Award at the Japanese Professional Movie Awards. Her latest film, Marriage Hunting Beauty, is set for release in spring 2019.